I'm sure you've all now heard the news that the Jeremy Kyle show has been permanently cancelled, and I'm sure that, like me, you were left wondering how you're going to remind yourself just how much better you are than the common rabble of the United Kingdom.

Well worry yourselves no more, as I've got the perfect solution.

For sale here, for a measly seven hundred quid, is a piece of pure smugness that will allow you to remain socially aloft of the toothless and the special brew drinking. Without uttering so much as a word, tell the world that you're a purveyor of Port, a connoisseur of Cognac and a gladiator of golf.

This is a Jaguar XJ Sport 3.2 equipped with a four speed automatic gearbox. Its managed to survive this harsh world for a massive 162 thousand miles, and still seems relatively keen to plug on.

It has MOT until the 24th of August and a smattering of service history from its earlier days on this earth, although not much past the turn of the century. The oil is, however, relatively clean as well as the other fluids, so this implies that it has had some care in that department.

The car drives...well, like a boat to be honest. Being the XJ6 Sport 3.2 model it benefits from 16x8J wheels and stiffer damping. When Jaguar said stiffer damping, I'm not quite sure what they meant, as the way in which this car corners and handles bumps has implications of a suspension system compiled entirely from trifle, Victoria sponge cake or cucumber sandwiches. There's an occasional knock over bumps and the front discs are slightly warped but apart from that, the drive seems fine. The engine pulls well and the gearbox, while somewhat aggressive at times, seems to be perfectly pleasant once the fluid is up to operating temperature. It does, however, sometimes refuse to turn over in Park - this is easily averted by starting the car in Neutral.

In terms of interior condition, the driver seat outer bolster has a tear and there are marks on the rear seat from where child boosters have been fitted. Apart from that the leather is in good condition. The roof lining had fallen in, which is an inevitability on a 90s Jaguar, so this has been pinned up to the roof with upholstery twist pins, although the headlining itself is in pretty poor condition. The air con blows nice and cold, the heater blows nice and hot. The 6CD changer and radio are both working but the clock screen is blank. There's a bulb light on the dashboard but all the driving bulbs are functional.

Exterior wise, there is a bit of minor rust to the near side sill and arch, but all the other arches are pretty good. There is a scuff to each corner, and a couple reasonably sized dents but none of them have perforated the paintwork. One of the rear lights has been taped over and there are various scratches, especially to the tailgate entry.

If you have any questions please don't hesitate to ask. I'm available after 8 most evenings, all day on Tuesdays and evenings on weekends. 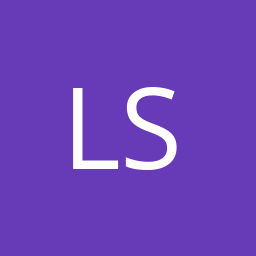