just what's listed in the ad

Reluctant to be selling my W124 saloon as soon as I am, but it was an itch that has now been scratched and I have a hankering for something else. Its been a fantastic car during my brief ownership, and this is a well looked after example of the model, and while definitely not concourse, it looks and drives well for its age. I've tried to give as honest account of the vehicle as I can.

This car has just recently ( last couple of months ) had £1400 spent renewing the rear braking system along with a new centre section of the exhaust system, so nothing to worry about there for another 20 years !

The car has the full key set as supplied by the manufacturer including round master key and wallet key.

There is a folder full of history with the car including all MOTs since 2003 and a stack of receipts totaling £4k since 2016. Work which has been carried out in the last three years includes

Oil change and filter at 129k

This is just a summary of the main items and is not comprehensive!

Body work is very tidy for a W124 of this age. There are a couple of small rust spots on the rear arches - as shown in photos. Also a small rust spot on the front valance. The car has had some panels resprayed by the previous owner and I have spare tins of paint should you wish to touch them up.

I'm not aware of any welding done to the car and the underneath looks solid. As far as I can tell its never failed or had an MOT advisory for corrosion which is a good sign.

The car is fitted with electric windows all round and an electric sunroof. All in full working order. No leaks from the sunroof. There is a sony CD head unit. The power aerial works when it feels like it! The car has central locking which works correctly apart from the drivers door - this needs to be locked / unlocked manually. Unusually it has an alarm / immobilizer and remote locking system which was fitted by the dealer when new.

As this is one of the newest W124s on the road it has some extra safety features - drivers airbag and ABS. Both systems operational with no warning lights.

The interior is in very good condition with only some minor wear on the drivers seat bolster, though the fabric hasn't worn through. No nasty stains and even the boot is clean. Speaking of which - the boot on these is monstrous - I could easily fit my mountain bike inside with the wheels off!

The car drives nicely with no unusual noises. It pulls smoothly and all gears and the kick down work correctly. The engine is a 2L 16v four pot and sounds quite nice when you give it some beans. Its never going to be a performance vehicle but the 130 hp or so is plenty. There is some very slight brake vibration noticeable when braking hard from speed - I believe this is due to some corrosion on the front discs. Its not noticeable in normal driving.

Fitted with Pirelli P1s at the front and Goodyear GT2s at the back. All tyres have around 3 mm tread on them.

Asking price is £1,999 possible p/x swap for something interesting, V8 ?

Car is located in Redcar near Middlesbrough, postcode area TS10 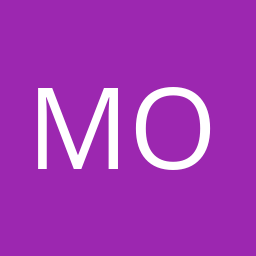