For sale is my 1989 Peugeot 205 1.1 GL. I bought this car in December last year as a fun little toy to enjoy over the winter. As it turned out, I enjoyed it so much that I ended up driving it across France to the Peugeot factory and museum in Sochaux for a feature in the Daily Telegraph!

However, my time with it was always going to be short, as I need to get my other classic back on the road in time for summer. Which means it’s time to put the Peugeot up for sale and let someone else enjoy it.

This little Peugeot is in remarkably good condition for its age. There is no real rust to speak of on the bodywork. I haven’t had it up on a ramp, so I can’t speak to the condition of the underside, but there were no rust problems picked up at the last MOT so I would imagine it’s in just as good nick underneath.

The interior, too, is in excellent condition. The seats in particular have no rips and no sign of wear; the dashboard is uncracked, and there are no broken pieces of trim.

What equipment there is to speak of all works; to wit, the heater, blower, and all the electrics (the heater is a little noisy, but that’s par for the course with a late 1980s Peugeot!) All the windows are manual, there’s no central locking, and no power steering. However, there is a pop-up sunroof, which I believe to be a period aftermarket accessory. I’ve also added a modern Pioneer head unit with a USB input and upgraded the door speakers behind the original grilles.

The car starts and runs beautifully. Set the choke, two pumps of the throttle, and even from cold it will start first time and settle to a regular idle. The clutch was replaced in 2017, less than 4,000 miles ago, so it’s almost new. There are no knocks from the suspension and the car rides well, while the engine pulls strongly and smoothly, just as it should. The brakes work as well as you’d hope, too.

When I bought the car it had mismatched budget tyres fitted, so I had four new Falkens fitted about 2,000 miles ago, before our trip. These, as you can imagine, still have plenty of tread left.

As I mentioned above, the car played a prominent part in a feature on the Daily Telegraph website, which you can read here: https://www.telegraph.co.uk/cars/classic/au-revoir-pre-brexit-farewell-france-peugeot-205-gl/

The trip was a big ask for a little car, yet it did everything we asked of it remarkably well. It proved extremely comfortable, and with the exception of one niggle, which I’ll get to shortly, utterly reliable. I was nervous about doing such a long motorway journey in a 30-year-old supermini, which probably wasn’t designed for such a thing in the first place, but I needn’t have been, and now I’d take the 205 on a long trip without hesitation. We’ve had a lot of fun together, and I will be sorry to see it go.

As you can imagine for a car of its age, the 205 isn’t perfect. The problem I’d want to sort out first is that the coolant temperature light comes on after a little while on the motorway. We spent a bit of time trying to trace this problem on our trip, and came to the conclusion it’s the sensor itself at fault, rather than the car actually overheating. Each time we stopped when the light came on, we found the header tank wasn’t hot, there was no steam, and the engine was still running absolutely fine. You can use the car without fixing this issue, frankly, as the light won’t come on until you’ve been on the motorway for an hour or two, but if you do plan on doing long trips, for peace of mind you might want to get it sorted.

Cosmetically, the 205 is in good condition for its age, but it isn’t perfect. There are a number of small age- and use-related marks around the car, and the front and rear bumpers have the odd scrape. The paintwork itself has seen better days, too; some of the panels are going a little hazy and it looks like the lacquer is just starting to go at the top of the boot lid. I suspect all this could be sorted pretty quickly with a blow-over paint job, which would get the car looking immaculate.

Other problems? The choke light stays on all the time, even when it’s been pushed in, the gearknob is a little worn and its insert comes off very easily, and the boot struts are a little weak so the bootlid can fall down. That really is it -- with those exceptions, this little 205 drives and works as it should.

It would be an ideal candidate for a little light restoration to get it in show-worthy condition, or you could just use it as-is as a cheap-to-run and deeply charming modern classic. Either way, this 205 is a brilliant example and should prove fun to drive, simple to maintain and a delight to own. 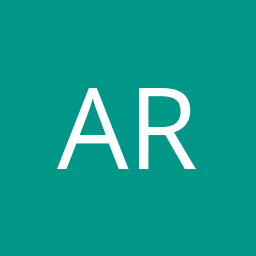